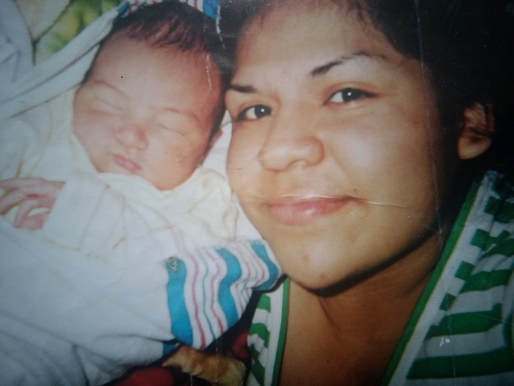 “I’m asking you from my heart as a mother if you would help my daughter [….] so she can reunite with her kids. We have been seeking financial help but simply can’t manage to come up with all the money being asked for. I can’t possibly express how horrible it would be if she was deported back to Mexico, and I ask if you please [help] her stay in the United States.” -Brenda’s mother
UPDATE (11/27): WE DID IT!! We posted Brenda's $15,000 bond and she's out and back with her kids!! Brenda sends heartfelt thanks and abrazos to everyone who donated and shared! We can't do this work without you!!!

Brenda is a loving mother of three young children - ages 3, 6, and 8 - and a survivor of domestic violence. And even though she has called El Paso home for over 20 years, immigration authorities have forcibly separated from her children for the last two months. She briefly left the US to care for a dying family member, and never thought she would be detained when re-entering the country. She now has until December 1 to pay a $15,000 bond. She has not been able to secure a lawyer while in detention, so her ability to post bond will likely determine whether she can ever be with her children in the US again. It is vital that we reunite her with her children and help her find the legal resources to remain in the country that she has called home nearly all of her life. In the words of her mother:
​
“Brenda has always been a kind, loving daughter and mother to her three kids. Her detainment has been emotionally and financially devastating to our family. Her kids need a mother figure and someone to be there for them.”

Many bond cases that are supported by the Fronterizo Fianza Fund involve the separation of parents from their children, highlighting the fact that family separation is not only limited to the administration's zero-tolerance policies from earlier this year.  Every time a parent is detained by CBP at the border, by ICE during a workplace-raid or some other means of immigration enforcement, a family is separated, and the painful consequences of detention extend far beyond the walls of a prison cell. The children of detained parents may suffer the effects of depression and anxiety which can increase the strain on overburdened family resources.

According to Brenda’s mom, she “is a loving mother who will do anything to help and provide for her kids. I hate to see what would occur if Brenda would be [permanently] separated from her kids. Her kids always show depression and sadness thinking why their mother left them as well. Not just because Brenda is my daughter but I can’t stress enough how hard-working and loyal this woman is. She has always shown dedication to improving her quality of life, doing whatever is necessary to provide for her family. She attended El Paso Community College for over three years to better educate herself on the country she wishes to call home."

We will do everything we can to make sure Brenda remains a part of our community. As fronterizxs, we're reaching out for your help now.

The Detained Migrant Solidarity Committee and Fronterizo Fianza Fund are committed to supporting Brenda, but we do not have enough money in the fund to pay this extremely high bond. Since we started the Fianza Fund in January 2018, we have helped nearly 50 people post bond and leave detention in Far West Texas and New Mexico. We wish we could post bond for everyone who needs it like Brenda. And we need your help now! All donations up to $15,000 starting Nov. 16 will be used to pay Brenda's bond, and anything above that amount will enter into the Fianza Fund to help others bond out of detention.